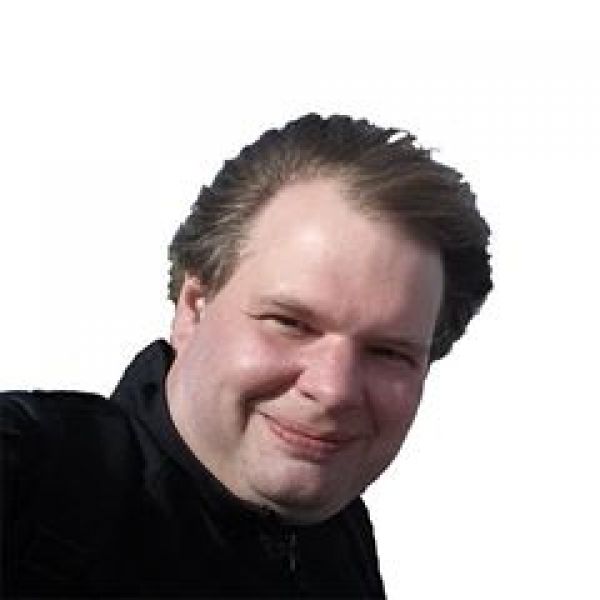 As academia goes I have been around quite a bit. I studied physics in Oldenburg and Portsmouth. After a master in Nuclear Physics I worked with Ulrike Feudel on Nonlinear Dynamics for my PhD. Subsequently I joined Bernd Blasius' Theoretical Ecology group at Potsdam and then Yannis Kevrekidis' lab in Princeton's Chemical Engineering Department.

I returned to Germany to become group leader of the Dynamics of Biological Networks group at the Max-Planck Institute for Physics of Complex Systems. Next I moved to the UK and to Mathematics to become first Senior Lecturer and then Reader at the University of Bristol's Engineering Mathematics department. From Bristol I went back to the US to become Professor of Computer Science at UC Davis.

On Jan 1st, 2020 I finally returned to Germany to be appointed as a Professor of Biodiversity Theory at Carl von Ossietzky University, Oldenburg. In parallel I work at the Helmholtz Institute for Functional Marine Biodiversity, which is part of the Alfred-Wegener Institute for Marine and Polar research. At present I also remain affiliated with the University of California as an Adjunct Professor.

In my work I use Network and Data Science, Statistical Physics and Nonlinear Dynamics to develop new approaches to complex real world systems. A central focus of my work is on ecological systems but I have worked in a broad variety of fields ranging from operations research to cell biology and medicine.

I developed a generalized modelling [1], a dynamical modelling approach where one describes the structure of a system, but doesn't specify the precise functional forms of interactions. Thus a single generalized model can describe a whole family of models for a given real world system. Despite their generality, generalized models can be analyzed very efficiently, which enables the researcher to rapidly narrow down what kinds are models can plausibly describe the system under consideration.

I have also made several contributions to the exploration of adaptive networks [2], a field of network science whose name was popularized by my paper [3]. In an adaptive network the topology of the network can change in response to the state of the nodes. For instance in an epidemic infected people might self-isolate and thus break links in the networks of contacts across which the disease is transmitted. Thus a feedback loop between the dynamics of the network nodes and the evolution of the network structure is formed that gives adaptive networks the ability to self-organize in unusual and often surprising ways.

Recently I have been dipping my toes in data analysis. My work in this area including using Egyptian art history to understand food web responses to climate change [4], figuring out causality from correlations [5], or using diffusion maps to find effective variables for cities [6] and bacteria [7].

Please check the research topics and publications on this website for more information about my past and ongoing work.

My father was a captain of container ships and computer enthusiast and I feel I have inherited much of his curiosity and the love of water.

If I can't be on some far-off island the next best thing is to work on some creative project. For me that usually involves computers, maths, and working with data (for lack of other skills). Over the years I was able to contribute to a variety of Art projects. For example an istallation by Martin Baurmann and myself made it into the permanent exhibition of the Universum Science center in Bremen. The artwork "Cohesion and Chaos" that I created in collaboration with Frankie Partridge was shown in the "Creative Reactions" exhibition at Bristol's famous Hamilton House Gallery, among others. I served as a scientific expert at the Potsdam Science Film Festival and contributed to the Exhibition World and System at the Municipal Gallery in Dresden. One of my research papers actually got converted into a street theater performance.

Perhaps my biggest claim to fame is the creation of the Bristol Bridge Walk, a solution of the Königsberg bridge problem in Bristol. The Bridge problem is a famous problem that stands at the very beginning of graph theory and network science. Famously there is no walk that crosses each of the seven bridges of the historical city of Königsberg, such that each bridge is used exactly once. Inevitably the walker get's stuck on an island that can only be left by using one of the bridges for the second time. Like Königsberg, Bristol is also a city that is built on two islands and two river banks, but unlike historical Königsberg, modern Bristol has 45 bridges on it's main river system. As an exercise I showed that a bridgewalk is possible and walked the resulting (45km route). Then everything went a bit crazy. Now a couple of years later there is a book [8] about the Bristol Bridge Walk, an active Facebook community, several double-page reports in newspapers, radio features. The Bristol Bridge Walk was also used for multiple charity events, and served as the headline theme of Bristol Giving Day 2019.

I learned programming at an early age, way before I discovered that 'if' and 'then' are actually English words. To this day programming remains perhaps my biggest hobby. This includes making websites (like this one which I wrote in PHP). Over the years my wife Jutta and I were able to help out various smaller charities that were in need of a website.

I love reading and writing, both preferably in English, a language that seems to suit my brain much better than my native German. Perhaps predictably I am particularly fond of Science Fiction and Fantasy and unusual books in general.